UNICEF UNITE Presents: The Importance of Mental Health Services for Refugees and other Displaced People 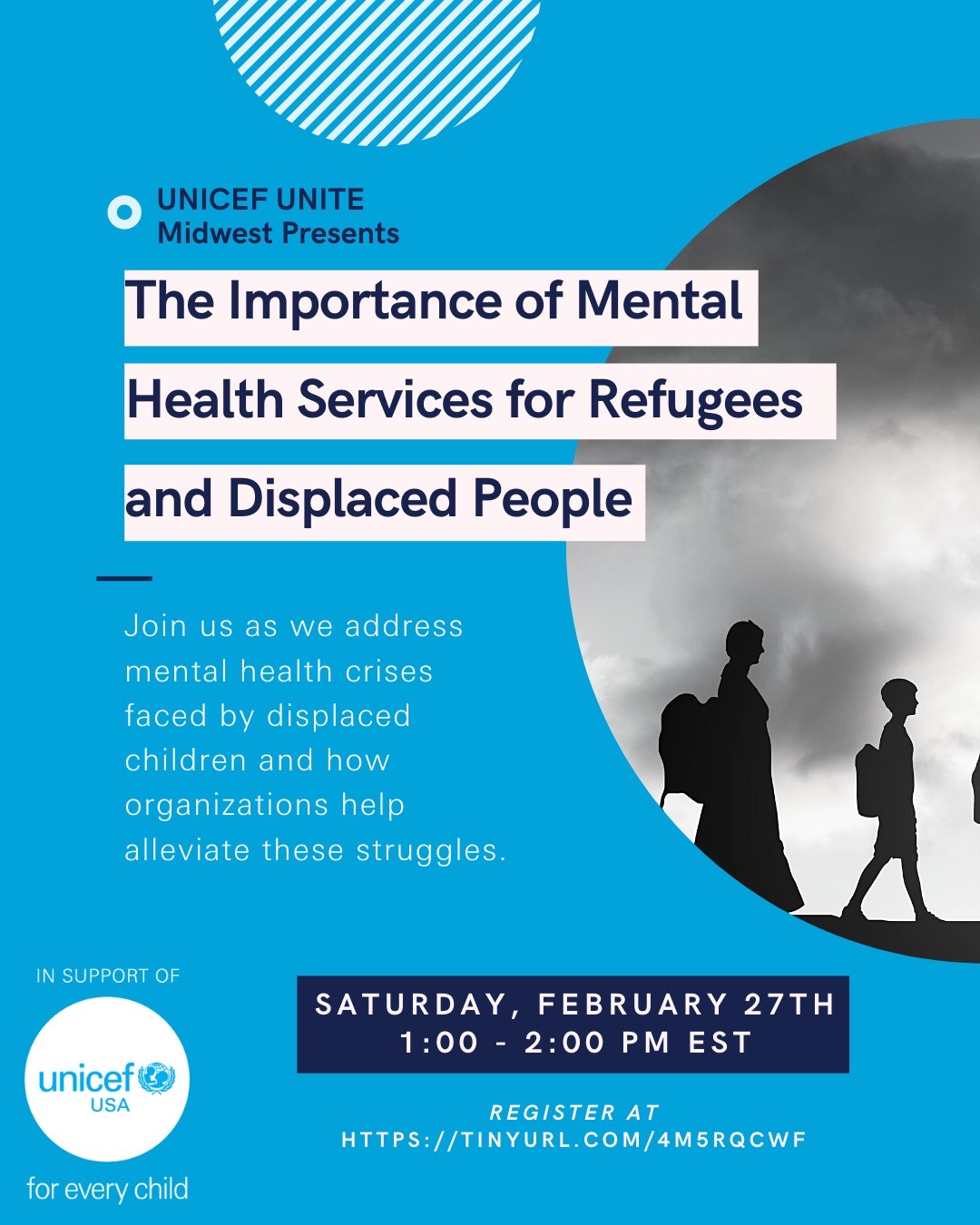 Because UNICEF focuses on "Children Uprooted'' during February, we find it vital to address mental health crises facing refugees and how different organizations help alleviate their struggles. As they and other displaced people have faced the injustice of wars, violent expulsions, and other tragedies, many suffer from mental health disorders, especially trauma, depression, and anxiety. Throughout the pandemic, the mental health crisis has exacerbated overall, and underprivileged communities containing these groups are disproportionately affected. Notably, the Yazidi ethnoreligious group from northern Iraq is currently facing a suicide epidemic. After being subject to genocide at the hands of Da'ish, also known as ISIS, in 2014, families remain separated, displaced, and impoverished. The situation has taken indescribable tolls on the physical and mental health of Yazidi women and children especially.

To further educate us on the struggles of Yazidis, Laila Khouedeida will join us for this discussion. As someone who faced the difficulties of displacement, she understands the traumatizing experiences many refugees have faced. Khouedeida is now a Co-founder and Director of Women Affairs at Yazda Organization, which aims to prevent future genocides against the Yazidi community and other minorities and to assist them in recovery from the 2014 genocide. In 2015 Laila received the Public Citizen of the Year Award through the National Association of Social Workers (NASW) and in 2019 she received the Lifetime Achievement Award from the New York City Bar Association and Huntington National Bank for her advocacy work for the Yazidi community.

Additionally, other displaced people facing related plights that have taken a toll on their mental health as well. To help us develop a wider understanding, we will be joined by two other panelists.

One of which is Leena Zahra, Syrian-American, social impact partnership creator and bridge builder. In the past, she has strategically aligned partnerships by fundraising, overseeing nonprofit programs, spearheading community initiatives, and developing mission-driven public engagement campaigns with a focus on forced displacement. She is the Co-Founder and current Advocacy Lead for In-Sight Collaborative, which she will be sharing more about during our discussion.

Last but not least, Connor Mautner, the Founder and current Managing Director of the Chicago Refugee Coalition (CRC), which supports refugees, empowers communities, and fosters their economic development. The organization aims to take a coalition style effort to achieve these aims, an endeavor he will discuss further, as he joins us for the webinar.

With panelists from multiple communities and organizations, we will further discuss to develop a vaster understanding of this pressing issue. In all, this conversation aims to educate members of the UNICEF community and others from the United States on the importance of mental health for refugees and others displaced.

Help Save Children's Lives
All children deserve to live safe and healthy lives. Make a 100% tax-deductible donation today to give the world's most vulnerable children the nutrition, water and medical supplies they desperately need.
Where
Zoom -- details provided upon registration
When
February 27th, 2021 @ 1:00pm EST - February 27th, 2021 @ 2:00pm EST
Gallery 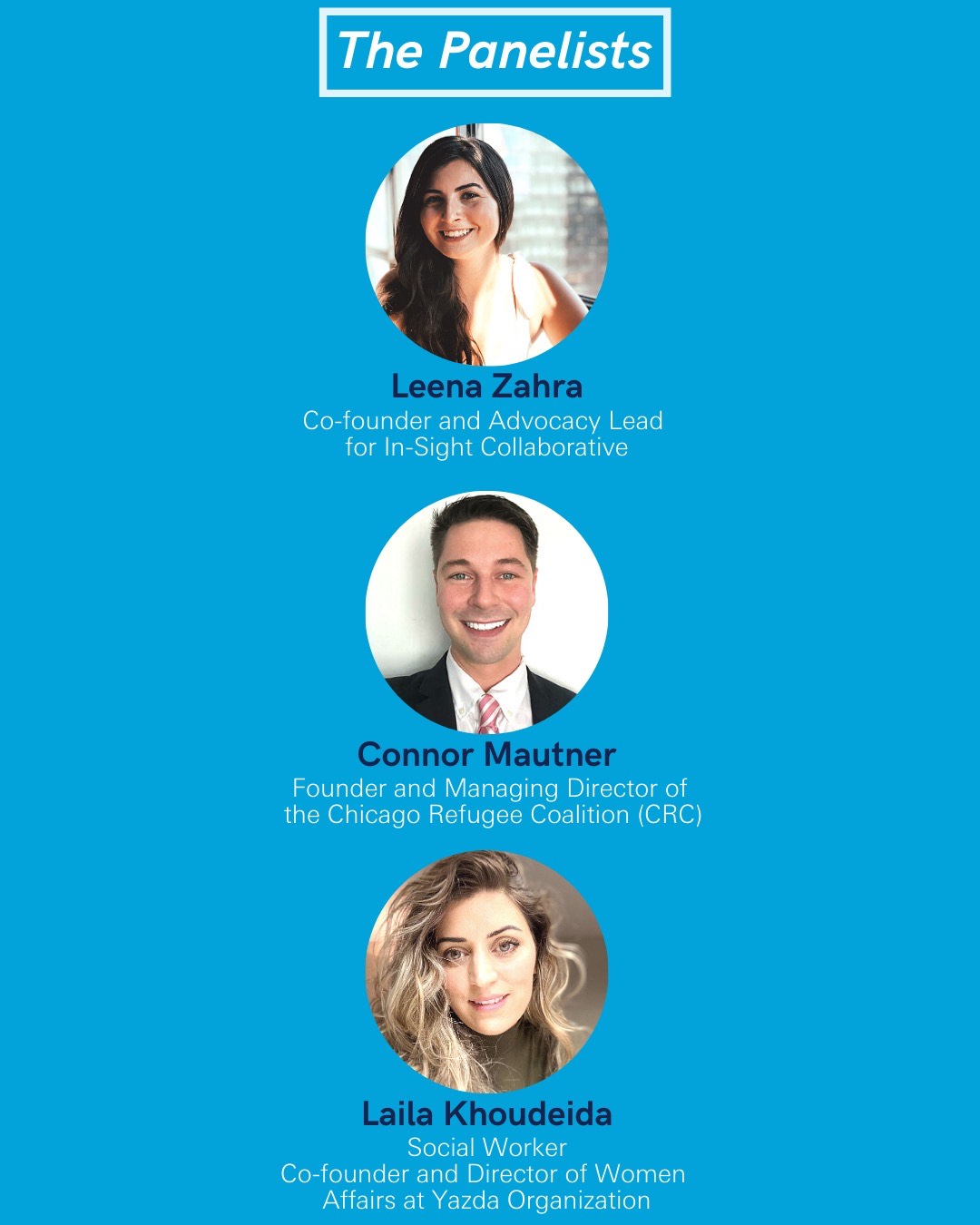