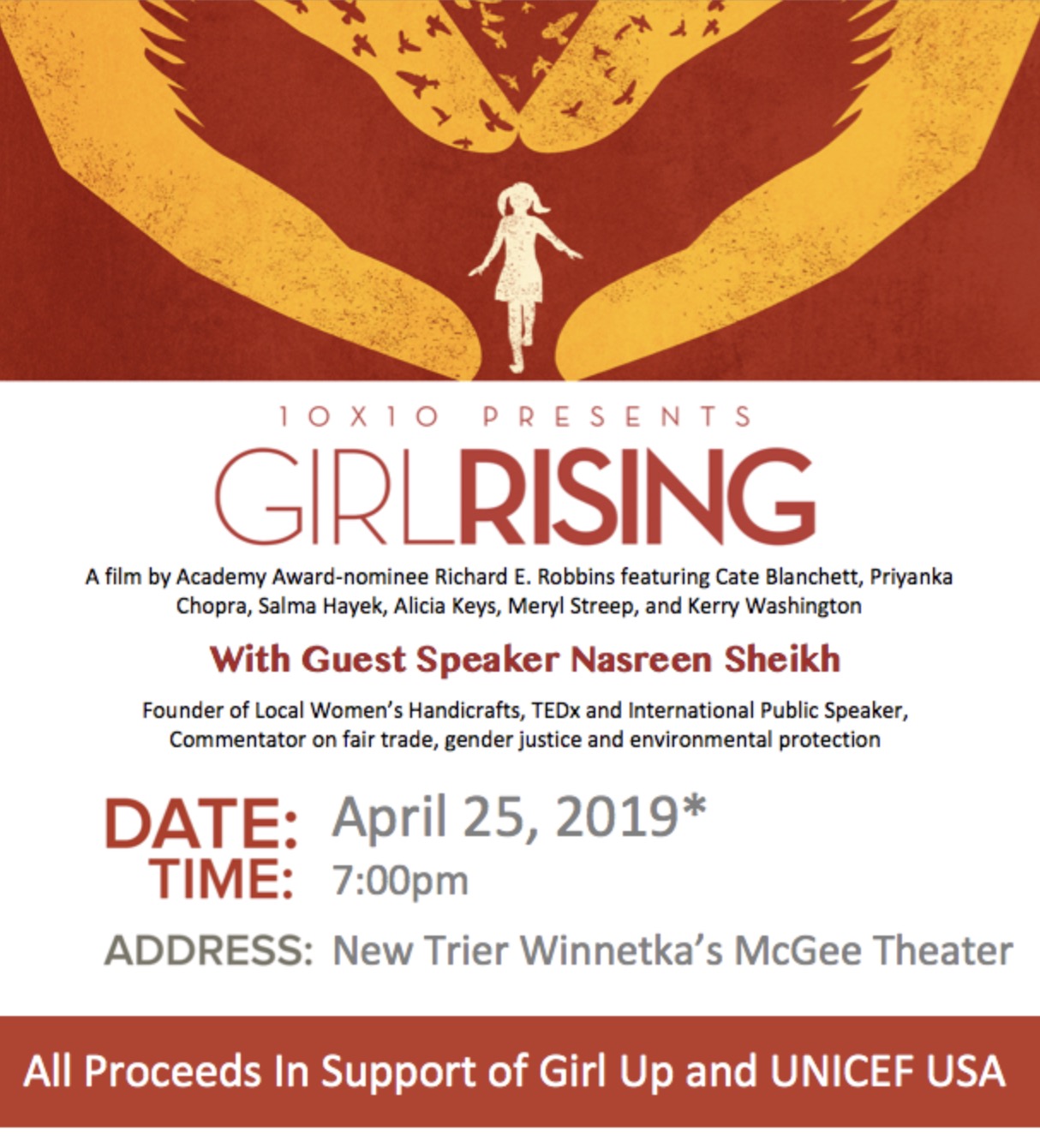 Join New Trier’s Girl Up and UNICEF Clubs for a screening of “Girl Rising” with a special presentation by Nasreen Sheikh, founder of Local Women’s Handicrafts and International Public Speaker.

This film commemorates the stories of nine incredible girls whose lives have been affected by the absolute power of education—or lack thereof. It adds fuel to the growing movement of individuals, communities, and governments working to shift the way girls and girls’ education are valued.

Growing up, Nasreen witnessed many atrocities against women. By age 9 or 10, Nasreen's life seemed destined for the same oppressive path. She was working 15 hours per day in a Nepali sweatshop as a child laborer. With the help of a kind stranger who taught her to read and seize her destiny, Nasreen escaped the sweatshop and forced marriage. Determined to empower disadvantaged women, Nasreen founded "Local Women's Handicrafts," a fair trade sewing collective based in Kathmandu, Nepal. Nasreen Sheikh shatters everything anyone believes about the limitations of women, child laborers, fair trade, or even your environmentally irresponsible plastic water bottle.